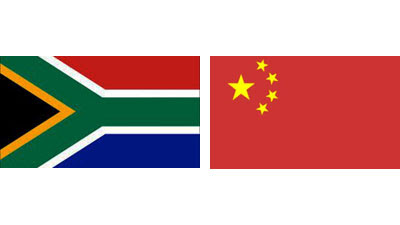 The SOUTH AFRICAN National Defence Force (SANDF) would benefit from CHINESE military training, discipline and expertise if an exchange programme were initiated, Maj-Gen Ntakaleleni Sigudu of the Department of Defence stated.
Addressing diplomats and military representatives on the 86th anniversary of the CHINESE People’s Liberation Army, Maj-Gen Sigudu said had it not been for CHINA’S contribution to the military training of cadres of the AFRICAN National Congress and other liberation movements in AFRICA, the continent’s freedom could have taken much longer.
He said CHINA’S role in SOUTH AFRICA’S liberation should be celebrated as it did not start between 15 and 20 years with the change of CHINA’S expansionist economic policy but dated back to the colonial era.

He said although modern CHINESE policy seemed focused on economic ties and trade, the presence in SOUTH AFRICA of a new military attaché of CHINA, Senior Col Xu Jianwei, was testimony to the need to broaden ties to include agreements that could improve military training and expertise to help the AFRICAN Union build a formidable AFRICA-based peacekeeping force.

THE SECRET WAR BETWEEN CHINA AND THE US FOR AFRICA'S OIL RICHES
http://geopoliticsrst.blogspot.co.at/2012/12/usa-china-and-africa.html

“Conflict is still a plague on this continent and the continent is increasingly challenged to build capacity to engage and tackle its own problems. Therefore we appreciate the undertaking by the CHINESE People’s Liberation Army to contribute significantly to the AU’s objectives of building its own strong, effective and efficient peacekeeping capability,” he said.
He congratulated CHINA for the more focused and value-adding economic development programme in AFRICA that had led to roads and rail infrastructure development in some AFRICAN states as well as the construction of the AU headquarters in Addis Ababa.
CHINA offered a genuine partnership unparalleled by the contributions in the past of AFRICA’S colonial masters.

Snr Col Xu said CHINA’S military participation in AFRICA was growing, with CHINESE soldiers already on the ground in SUDAN, LIBERIA, MALI and the DEMOCRATIC REPUBLIC OF CONGO. He said the CHINESE People’s Liberation Army planned to steadily increase its participation in peacekeeping efforts in AFRICA because the continent’s stability was in the global interest.
CHINA particularly wanted to work side by side with SOUTH AFRICA, whose foreign policy was focused on bringing stability in AFRICA to enhance social development and trade. This was already having a significant effect on stabilising many countries previously facing conflict.
Posted by Ray Storch at 16:58